Josephson Engineering microphones in use

The photos below demonstrate just a few of the many ways demanding audio professionals use Josephson Engineering microphones in the studio, on stage, and in the field.

Josephson C722 (a custom version of the C716, with outputs from the front and back diaphragms) at the Meistersaal in Berlin for Berliner Meister Schallplatten... 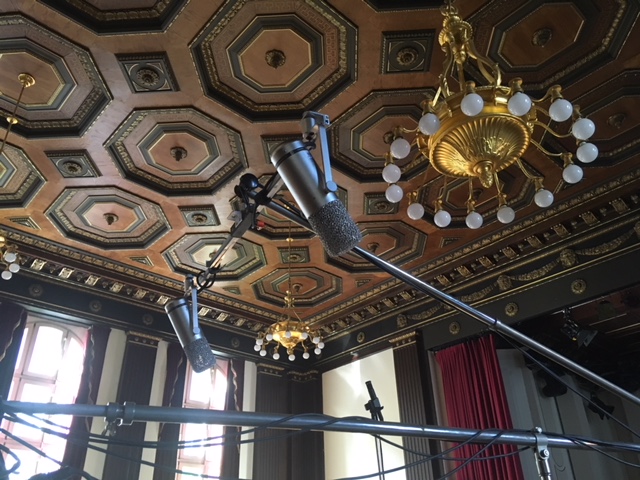 Josephson e22S in the studio. Nashville recording engineer Jeremy Ferguson was in the studio recently with Be Your Own Pet recording and mixing tracks for their upcoming second album. David Piechura, now with Super Duper Recording, forwarded us some photos from Jeremy of him setting up some e22S' on the drums for the session. Thanks Jeremy!! Josephson C700S for live recording and surround broadcast. This year's 2006 Christmas Vespers concert broadcast from Hope College will prominently feature a C700S in the audio mix. The broadcast is scheduled to start airing as soon as December 13th, on public radio and television stations across the United States in both stereo and surround sound. Find up to the minute broadcast times as they develop here! The annual broadcast was recorded by Engineers John Erskine (above right) and Glenn Brown (above left.) The C700S in action. (After a comparison, the trio of Neumann U87's seen here in decca tree configuration surrounding the C700S were not used.) Josephson C42 for live recording and in concert

Live Sound & Recording Engineer Colin Cargile gave us a call to let us know how he has been using and liking his matched pair of C42's. Colin been using them a lot, including in the mix for FOH ambience pick up on all of the Allman Brothers Band Instant Live CD's for this summer's tour (6/16/06 - 9/1/06), ... 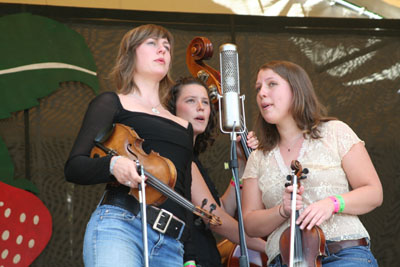 Josephson C42 in the broadcast studio Sherry Austin Band with special guest Jim Lewen at the taping of the Arden's Garden TV show, May 2004.

Josephson C42 in the studio 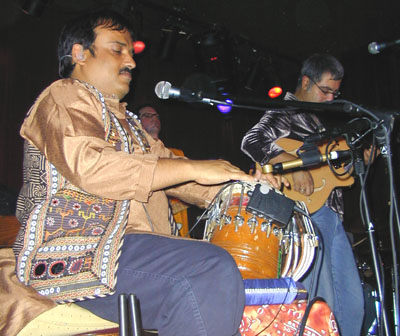 Check back soon for more examples of Josephson Engineering products in use.